Has Google Finally Lost the Plot?

Google Ads (formerly known as Ad Words) is one of the key stones to the Google empire we think, with ad revenues generating pretty much most of the income that Google makes as a business. Our company has been with Google Ads for many years, and it has always proved to be a useful source of clients, visitors to our website, and general traffic. We have always trusted Google to look after us and not try to fix the books with our investment in their advertising product.

Years ago Google brought in the option to go with search partners and get adverts spread across the internet on all kinds of different websites. We soon worked out from using this that a good chunk of money spent going down this route was a total waste of time, because various companies had worked out ways of generating income for their website simply by arranging for people to click through on adverts posted there by Google. Or at least this seemed to be the case. Secondly, following people round the internet with adverts doesn’t necessarily generate any extra income, although it does mean that your identity is brought up time and time again to people who have viewed your website.

So we stopped using this particular part of the Google search network and concentrated specifically on advertising on Google search itself.

A few years ago Google brought in a new idea of restricting the number of adverts it showed at the top of the page, and removed all side advertising, basically because of the increased use of mobile phones to view the internet.

This has resulted in a massive bidding war, with prices for some key words going up to ridiculous sums of money, for example £12 per click or £25 per click, or a simple phrase such as “conveyancing jobs”. We have traditionally tried to avoid any high paying clicks, but we have noticed over time that the vast majority of the key words we have aimed at traditionally have shot up in price as Google has in essence introduced a Dutch auction for advertising on the search engine. This of course has made organic searching so much more important, and this is the number one route to success on increasing your web presence (for an easy solution to do this please visit www.tptranscription.co.uk and search for business blogging).

However, the trust that we had in Google and the goodwill that it has built up with us as a marketing tool we could rely on, has been brought crashing down to earth by recent revelations in our Google Ads account. Google has now introduced an option to be able to view the search terms that have led to somebody clicking through to your web pages, and it is absolutely fascinating.

One of our websites is called jonathanfagan.co.uk and we specialise in in-house legal recruitment for companies mainly in the UK looking to recruit senior lawyers to work for them.

As far as I know I have never asked Google to put my advertising in front of somebody looking for housekeeper jobs in Brighton, security jobs in London or housemaid jobs in India. We have had a whole stream of people clicking through to our website looking for driver jobs, gardener jobs, housemaid jobs, bookkeeper jobs, housekeeper jobs, and so many more utterly useless and irrelevant key words that we have never even contemplated that a company of Google’s size, and with the power of its technology to remove such things, would allow to appear in its search engine just presumably to generate it some extra cash.

Personally I wonder whether this type of behaviour is bordering on criminal, because essentially Google have obtained money by deception from our company, through using our adverts on pages to people who clearly are not looking for our product and are never going to be, without any indication at all from us that that’s what we wanted them to do, and quite frankly we feel utterly robbed by the company. How on earth did the Google algorithm come up with housekeeper jobs from in-house legal recruitment? It has picked up the word ‘house’ and stuck our advert out there, but how has it picked up ‘driver jobs’ or ‘security jobs’ when our website has absolutely nothing to do with this, and none of our key words are related to those particular terms other than the word ‘job’.

I wonder whether Google has now overreached itself and we are about to see new entrants to the market for search engines and web browsers. It is not that long ago that the overwhelming majority of visitors to our website came from Microsoft Internet Explorer, and it was considered that Microsoft had a virtual monopoly over web browsers, which inevitably resulted in people using Bing rather than Google for their search engine, because Bing was the default set up by Microsoft. Now we see the vast majority of people coming to search our website are using Google Chrome, Firefox and Safari, and we hope to see more and more using other search engines such as Duck Duck Go and other smaller providers coming through to the market to take on these giant corporations, which quite clearly are completely out of control in terms of market dominance. A similar market occurred in the mobile phone industry, and some years ago it almost seemed as if that was the Wild West in terms of what mobile phone companies were able to get away with when charging their customers. In the UK it looks as if the EU had managed to tame some of the worst excesses of the mobile phone industry by bringing in regulations abolishing roaming charges etc, and you can see similar moves being made against some of the giant internet companies such as Facebook. I wonder whether in future there is going to be a scandal involving Google Ad Words, when experiences like ours are replicated time and again and Google essentially cream off millions of pounds from unsuspecting companies who haven’t realised that Google are peddling their adverts to utterly irrelevant and useless visitors to their search engine.

So a piece of advice – check your Google Ad Words account regularly, particularly the tab entitled “search terms”, and see what Google have been doing with your money. I hope your experience is more pleasant than ours was.

Jonathan Fagan is MD of Ten-Percent.co.uk Limited and TP Recruitment Limited, owning and operating a number of websites including www.ten-percent.co.uk and www.tenpercentfinancial.co.uk. 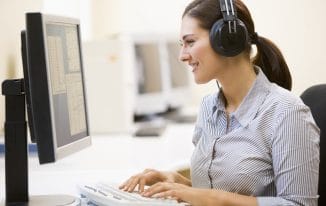 Online reviews – are they a scam? 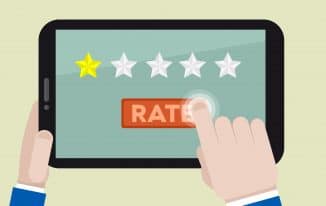