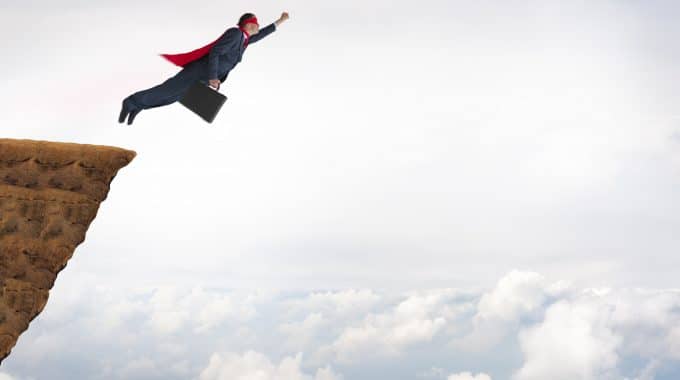 Extreme Marketing – you can deliberately go out of your way to do something dramatic that gets you into the media and the news reports. Extreme examples include jumping off a cliff holding a large banner with your website address on, or leaping stark naked into the lion enclosure at the zoo shouting your brand name through a megaphone.

Do something dramatic, but do it safely.

Here is our Extreme Marketing Example – a lesson for all small businesses on how to get noticed and quickly.

Interviewer to hide behind a hedge and say something derogatory to passing ramblers.

Sample derogatory comment: Oi, are you a walker or a banker with a w?

Passers by: spontaneous insults directed at Barry (will be using real walkers).

Barry: Yeah that’s right – you insult a fat man. I understand. I offend you. You thin people make me sick with your posturing and dieting fads. I am happy being fat and me.  (Shouts) Remember, there’s no me in fat!

Interviewer: Hello, can you introduce yourself for the camera?

Barry: My name is Barry, and I am morbidly obese. I have been offered a chance in a lifetime to lose weight the Fatman way. I am going to become a ‘Happy Fatty’.

Interviewer: What does the Fatman technique involve? Does it hurt?

Interviewer: 12 stone? That isn’t possible is it?

Barry: It is. The author, Keith David, is a genius and should have been awarded the Nobel prize. This book is only £19.99, but it should be selling for £1000’s for all the good it will do in the world. Think of the medical advantages of all the fat people losing weight. No health problems, more food for starving people in the Third World. You can follow my progress on my blog, www.thefatmansguidetonotbeingfat.com.

Interviewer: Well the best of luck Barry – we will come back and film you on your revolutionary path to a more fulfilling life as a fat person over the next six weeks.

How to be Happy – Be Philanthropic?

How to secure a deal in business