How to be Happy – avoid envy 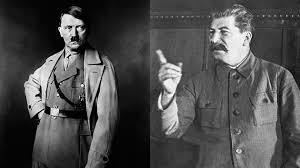 Being envious of others is possibly one of the worst things you can do to guarantee a miserable life. It doesn’t matter how much money you have, what success you enjoy or what kind of happy family existence you are experiencing if you are never happy with your lot in life. There are so many different anecdotal stories on this, and I’ll take great pleasure in including lots of them here.

First of all, do not envy others. Ever. Under any circumstances. Even if there is someone you know who wins everything, earns a lot of money, has what looks like a happy family, a big house and a lovely car. If you envy anybody it instantly clouds your judgement about them, your own life and your wellbeing.

Let me give you an example: I know of a friend of a friend of a friend who runs a business and has done for many years. About 20 years ago he employed a member of staff who we shall call Alan. Alan was a friend of the business owner and the business owner always felt that he wanted to pay him a reasonable amount, and so Alan’s salary went up incrementally every year after joining until, many years later, the salary was so high it was above anything else anybody else got in the area for the same job. In fact it was high it was above what anybody else got in the same job probably across the country unless they were in similar circumstances to Alan. However you would probably imagine that Alan would be overwhelmingly grateful to the owner of the business for paying him well to enable Alan to enjoy life and have a good existence. After all, that’s what friends are for? Unfortunately not. Alan suffered from pangs of envy against the business owner. I would probably go so far as to say that Alan actually resented the business owner a) owning the business and b) paying himself whatever he liked, even though it was the business owner’s prerogative. Alan could never see that the amount of money he is getting was supremely generous compared with money he would get elsewhere, and could only compare himself with the business owner. As a result Alan always looks thoroughly miserable whenever I see him, because he is not happy with his lot in life.

Looking at this from the outside, I suspect that Alan probably would have been happier working in the job he had had before the business owner plucked him out and gave him increased salary every year. And I think this is because Alan would have been paid less money but fairly even money compared with those around him. The problem Alan had was that he could never see that the money he was getting was extremely generous compared with those of his counter parts in other businesses, and in his mind he’d have been ripped off permanently by his friend. This is a classic example of envy playing its worst form. Alan’s life is never going to be a happy one because he will never be able to see that the money his friend had been giving him could be enabling him to enjoy a comfortable, or more comfortable existence.

Let me give you another example. For the purposes of this, I shall call this person Albert. Albert is a manager in a large multinational company selling biscuits. Okay, Albert isn’t a manager in a large multinational company selling biscuits, but if I identified him then the real Albert would probably refuse to speak to me again! Albert is a very happy-go-lucky chap with a stable family background, happy wife and children, comfortable existence and a big house, and lots of personal interests to keep him occupied. His life is quite good, although I suspect he would probably prefer to work less if he could. Unfortunately if you ever speak to Albert about himself, his life or work, he will almost always compare himself with someone else. Let me give you an example. If I ask Albert how he’s doing at work then he will tell me briefly about himself but then move on to tell me about someone else who is doing so much better at work than he is. If I talk to Albert about how nice his house is looking, he’ll immediately identify another house that’s bigger and better than his and tell me all about that instead. If you talked about chances in life, and I will come back to Albert in future chapters, Albert will always have an anecdote ready about someone else who’s done something even better or, if he’s worried about failing, someone else who’s even better than him who’s failed even more spectacularly.

One key thing is to avoid spending time around people like this, although I know this is easier said than done and you cannot always pick your friends once you have made them. Anyone who constantly compares himself with others or looks at what other people have and is immediately envious of them will never, ever be happy. Their life in some way will always be miserable.

If you speak to very rich people you will often find that they are supremely envious of somebody else around them for one reason or another. Speaking to a very rich man not that long ago, he dropped into the conversation that he thought that my wife and myself had done a very good job of bringing up our children, and he felt a complete failure in comparison. In his head his success in business was nothing compared with the success that other people were having in other activities including child rearing. This takes me back to why being rich does not solve anybody’s problems, because you will never be as rich as you want to be.

How do you stop being envious? It’s all very good me describing how you shouldn’t be envious of other people, but how do you actually stop yourself from doing it?

The key is to always think happy and positive thoughts about others. Okay so you’re sat in a traffic jam and somebody pushes in front of you, almost causing you to crash? Okay it’s happened. Perhaps the person who has pushed in front of you is in desperate need to get home, and by allowing him to push home you have enabled this and made other people happy. Maybe because he’s pushed in front, the chances are if there was an accident he’ll get hit first. The key is to always think positively, so if you are somebody who finds themselves being envious of someone else, someone else’s life or existence, then try to think about your own and how your life differs to theirs in so many different ways, probably quite a lot of positives.

House envy is extremely common and is a major issue of stress. So many people look at their house, see other people’s houses and think about how better off they would be if they lived in a bigger house themselves. They never sit back to think about why the other person is living in the house and what sacrifices they’ve made to get there (if any of course).

Most of the rich and successful people I have met in life have really bad or difficult family circumstances, which can include dysfunctional lifestyles, children off the rails, long working hours or hours away from their home not spending time with their partner, multiple partners, affairs and divorces, and very often a general lack of awareness that spending time with others is one of the most valuable things you can do in life, and not just spending money or earning money.

Next time you’re staring at somebody climbing out of a Bentley and about to go into a very large and plush house, think about how happy you are and not how happy you would be if you had their lifestyle. I can almost guarantee that in most circumstances you would be thoroughly miserable in the same way that they are.

A lesson to learn is that the grass is not greener on the other side, but it’s okay to climb up on the fence to have a look.

Lesson two: Money doesn’t buy you anything other than a bit of comfort.

Lesson three: Money and wealth is no good if you haven’t got the time to enjoy it (or the inclination).

If you find yourself struggling with envy then next time any thoughts cross your mind, think about all the things that you have and aim to do something positive yourself, in your own life within the next 24 hours. And then if you envious of someone else, sit back and think whether they did the same in the previous 24 weeks.

Do not envy others, life is too short and you need to spend your time doing positive things. Envy can never be a positive driver, even if it pushes you towards more and more success.

A quick example to finish; Adolf Hitler, the crazed dictator – some historians believe there is evidence to suggest that he insisted his troops capture Stalingrad in Russia and not retreat because he wanted to take the city with the name of Stalin on it; there was no town in Germany called Hitlerville at the time and Hitler felt that Stalin, a similarly crazed dictator, had got one up on him, hence the need to go and capture Stalingrad and raise it to the ground.. Through his own envy, if reports are correct, Hitler threw away a whole army.

www.jonathanfagan.co.uk
envy how to be happy life change
Previous Post

Introduction – The Keith David Technique to Get Rich