How to be Happy – Be Philanthropic? 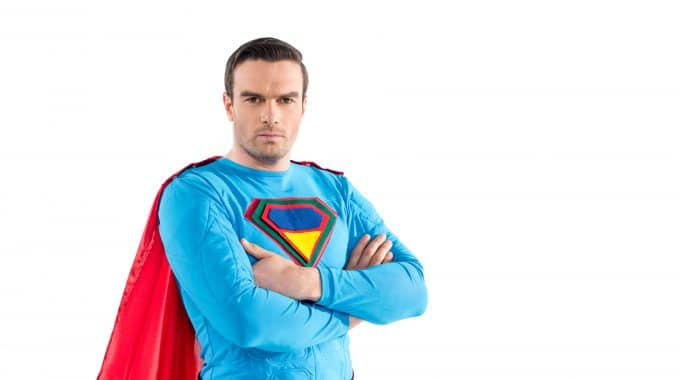 Philanthropy is good for you – or is it?

The key to a successful and rewarding career as well as a happy life is to think of others around you and not just yourself. For years I have worked in a profession where at least 50% of the people around me in other competing businesses are in the job for one thing only, and that is to make as much money as possible for themselves at the expense of anyone else. So we see underhand tactics in the way they do their business, lies, deception and basically anything to get more money and more wealth for themselves. But is this the key to a happy life? Most certainly not. How many children of rich and wealthy people do you hear of who end up addicted to drugs, with mental health problems, committing suicide and suicidal tendencies, and general states of unhappiness?

Quite often you can judge how successful you have been in achieving happiness by looking at your children, if you have them. If you have nice, happy and contented children who enjoy life and look to be enjoying life then you can probably be pleased with your efforts at rearing them.

If however you have children who spend their lives looking thoroughly miserable, lack any interest in anything other than their mobile phone or their iPad and interact as little as possible with everyone, and you in particular, then things are probably not going too well.

I have been around children in both the state sector and the private sector, which are usually two good indications of differing levels of wealth, but most certainly not differing levels of happiness. I say this because quite often children in the private sector with extraordinarily wealthy and sometimes famous parents are quite often the most sad and miserable, as well as worst behaved of all the children I have come across.

I consider this to be a very good example of the principle that money does not buy you happiness in life, and there are so many other factors affecting happiness that money is one of them, but not the be all and end all.

So those people who are striving in their job on a day to day basis to make as much money as they can for themselves at the expense of everyone around them are probably missing the point. Whilst the money may buy them some short term gratification at making lots of money in a short period of time, it will not make them happy or give them a more rewarding life than if they hadn’t attempted to gain extra through deception or exaggeration.

Children of the rich are very often miserable because their parents spend extremely little time with them, preferring instead to do other things than interact with their children. As a result the children experience an extremely chaotic lifestyle, without much cohesion or structure, and this impacts on their wellbeing and state of mind.

There is a theory that the most money you can have in order to be happy is about £40,000 a year at current prices (2018). Anything more than this and you get progressively unhappier, and anything less than this you always want more of. In reality it doesn’t matter how much money you get, you will always want more, because that is human nature. So the millionaire will want to become a multi-millionaire and the multi-millionaire will want to become a billionaire and so on.

Sadly this does not bring you happiness.

You may think this is a load of nonsense and if you are reading this and do not have a high income, big house and all the other trappings of wealth, you may be somewhat cynical that anyone who has got plenty of money could possibly be anything other than happy.

In my experience as someone who moves between different worlds, both rich, super rich, not very well off and extremely poor, I can safely say that there is not one set of people within those groups who are all happy with a good existence that they are pleased with. It is human nature to always want more, and exactly the same applies to the super wealthy as it does to the extremely poor, the only difference being that the super wealthy gripes and complaints sound almost pathetic compared with the extremely poor person’s serious issues. But neither is happy.

One of the keys to being happy is to be pleased with things you have done whilst you are on earth.

There are all sorts of different religious grounds and reasons for charity, including penitence, investing in future lives and guaranteeing you a place in heaven etc etc. I am sure that people with religious leanings find great solace in giving money to charity and being philanthropic, but the cynical side of me suspects that they are simply making investments for the future to offset the bad things they have done with the good things they are now doing with their money and wealth.

Philanthropy comes, and has to come, from the heart. In order to be happy you need to be giving to your community, society, individuals or other people, to make their existence a happier one, and in doing so you make your own wellbeing that much better.

I own a company called Ten Percent.co.uk Limited. An extremely ridiculous name and one I have regretted ever since, because the fundamental principle underlying the company’s existence is that we donate 10% of our annual net profit to charity every year without fail.

Do I enjoy doing this? Definitely not! It is one of the worst business decisions I have ever made, and I have regretted using the name Ten Percent ever since we set the business up in 2000. Since that time we have given over £100,000 to a whole range of charitable causes, mostly those that are things or issues I have wanted to support, but some charities I have reluctantly supported because my clients have requested it.

I can safely say that I really do not like giving the money to charity. I have found in the time I have been working and donating money to charities that there are a good chunk of them that are not really charitably minded at all, but operate almost as a business to relieve the general public of their money in order to support their own existence, and if anybody benefits from this then great, but similarly they don’t really care because they have a salary and a comfortable existence courtesy of their work for the charity. This is perhaps summed up in my experience with a charity called Water Aid, who, some years ago, wanted to charge my business a fee to put their logo on our website to say that we had donated money to them. You can imagine the words we used to express our thoughts on this!

The other charities and our support of them as philanthropists have been very rewarding to give money to.

Take the British Stammering Association. A small charity based in London with an aim to assist children and adults with speech impediments with support and information. We decided a few years ago to commit to 5 years worth of funding for their helpline for children and parents of children who stammer, and we have been donating a few thousand pounds every year for about 5 years.

I get an immense sense of satisfaction out of supporting this charity because it is very close to my heart as someone who stammers. In fact I can say that I almost feel happy when I sign the cheque to transfer the money to the British Stammering Association because I know that the work they do is highly valuable, and I am contributing to it through the distribution of my company’s profits.

I could, perhaps set up new businesses not called Ten Percent and not donate any money to charity every year, instead spending it on a bigger car, or nicer holidays. Would I be happier? I don’t know. But I do know that although a nice holiday to a nice place can be great, some of my favourite holidays have been done on a shoestring, whether we have wanted to or not. In fact the most expensive holiday I have ever been on was not my favourite by a long way, because I don’t really like theme parks and people dancing around dressed up as mice with big ears always make me want to throw them in the nearest pond.

Being a philanthropist is a difficult task to take, but one that you should think very closely about if you want to increase your levels of happiness. Give more than you take. Don’t expect any thanks when you donate your money. Feel satisfied internally.

What Happens at Mediation (ADR)