How to be Happy – Regret Nothing 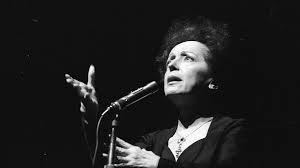 To have a happy life you need to make sure that anything you do you are either happy, not happy, totally traumatised by, or overwhelmed by. Anything you do should be done in the moment and not looked back on later with regret. Easier said than done. It is very simple to think about regretting nothing but actually in reality it’s extremely hard not to look back and think “if only”.

I know a middle aged man who looks back upon his life and thinks “if only” just about every day of the week. He was very successful at school, extremely bright with glowing school reports, outstanding A-level results and a future career ahead of him.  He was simply, a high flier, speaking two languages fluently and his future was rosy to say the least. Comfortable existence awaited him in the game of life.

When he was 16 he met a girl and thought he had fallen in love. His world started to revolve around her and he spent a lot of his time out enjoying himself in her company. He thought that his future was right there, and at that moment in time he was very happy.

Unfortunately the girl he had met was not everything she seemed and the relationship floundered. Not before he had changed his decisions on which university to attend, taken time out to work and decided to stay local so he could be close to her. In the blink of an eye his whole future, career and life had changed. He was now in a different town, he had taken time out of his plans and career, and his personal life was in tatters.

His outlook on life changed and 20 years later he can probably look back and say he never achieved the things he had possibly aimed to set out to achieve.

Should he regret any of this? No of course not. Whether he does or not is another matter. However looking back and thinking “if only” just doesn’t work for anybody. A middle-aged man could look back and think if only he hadn’t met that girl, and if only he hadn’t changed all his plans so he could be with her. Which is true, but if the middle-aged man was looking out for someone he could change his plans for and spend time with then it probably wouldn’t have mattered whether it was that girl or another one. His plans would have changed.

You have to look for the good things in your current life. The middle-aged man for example would not have met his current wife or had children they now enjoy. Maybe he would have started a high flying career, suffered a nervous breakdown and bombed out. Maybe he would have gone overseas and been killed by terrorists. Who knows? You cannot regret things that did not happen, and you must look at what is coming your way. If there is something that you think you missed out on in previous times, go and have a go.

As an adult the opportunity arose to play cricket for the local team, who are not very good (they won’t appreciate me saying that!) and I started playing the sport again. It is arguable that I probably spent too much time playing the sport again when first taking it up, but over time it settled down to a happy mediated level at weekends. I could have looked back and just regretted not having played as a boy, and there is a hint or regret that I didn’t get pushed more into taking part in sport, as I think it would have given me more confidence as an adult, something I’ve had to work very hard on. However I don’t look back and regret it because I have remedied the situation by playing sport now and enjoying it. Who is to say that I wouldn’t have played more sport as a boy and then not wanted to play anymore as an adult because I was fed up with it? So many teenagers leave team sports precisely for this reason. Perhaps I may have got seriously injured and not been able to play as an adult? Who knows? But one thing is very clear; if something is a regret it is important to turn it into am ambition.

Look at all the things that might be of regret. Perhaps you wish you had gone to university and studied physics? Perhaps you wish you hadn’t gone to university and become an electrician? Maybe you always wanted to have children and have never quite got round to doing it? Okay if you are 75 it may be a bit late for some of these, but there are things that you can still do as substitutes. For example if you’ve always wanted to have children, what about thinking about spending some of your spare time volunteering to work with children? Are there still options available for you to adopt a child or take up fostering? You could always return to study at any time and you could always change your job. There are no excuses for this. It can be done; it just takes a bit of willpower and sacrifice.

“Je ne regrette rien” is a very famous expression of Edith Pief. I wonder if she meant it.

I want it all; I want it now – The Keith David Guide to Instant Wealth