How to secure a deal in business 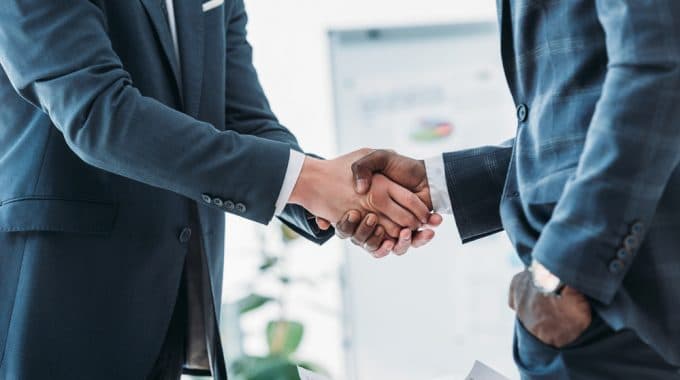 This article is about the art of compromise and knowing when to agree and when to disagree. It is not written by an expert, but by somebody who regularly fails to make the correct decision or do the right thing.

In business it is often said that some work is better than no work at all, or no money is worse than a bit of money when it comes to agreeing a deal. It is very common in the recruitment industry, which is our main line of work. We run other companies and rarely do we get as much traffic from clients wanting to negotiate our fees either before or after a deal has been reached.

We have been involved in so many different negotiations, mediations and settlement agreements that I can assure anybody reading this article that sometimes no deal is much better than agreeing a deal that you are not happy with.

A couple of quick examples.

We were involved in a case where a firm recruited a senior solicitor through us, agreed terms, interviewed the candidate, made the offer, got the candidate to accept the offer and then contacted us to inform us that they were not going ahead with the candidate, even though she had already handed in her notice to her existing firm and accepted the offer and signed a contract, unless we dropped our fee by 33%.

We tried everything to convince the firm that what they were doing was utter madness; if they pulled out the candidate would lose their job, they had already agreed terms with us, why would they want to renege on an agreement with us, and what could possibly be considered good business practice about trying to negotiate a deal after a deal had been struck?

We actually lost this one because we caved in under pressure from the candidate who was having sleepless nights at the thought that she wasn’t going to get the job and she’d just handed in her notice on her existing job, and also because we were following quite loosely the old adage that the principle of some money is better than no money was correct, and we should just accept the fee and walk away.

This was the worst decision in business I’ve ever taken. What we should have done was refused point blank to accept the client’s insistence on a lower fee, and indicated that we were not negotiating under any circumstances.

Whilst it is perfectly possible the candidate would have lost their job, it is similarly the case that everybody in all walks of life in every business has a level of pride and principles that they adhere to. For example, I do not go to Aldi to do my shopping, get to the checkout and insist on haggling a lower price for each item as it is rung through the till.

This should never have happened, and the firm in question should have been thoroughly ashamed of themselves because it put so much pressure on the candidate, who was unfortunately stuck in the middle.

Whilst our refusal to negotiate may well have resulted in the candidate losing their job offer, would this type of firm be one in reality she was likely to stay with for a long period of time? I would submit that probably not, because if they were treating us like this it’s highly likely the same partners were treating their staff particularly unpleasantly as well.

I have never forgotten that incident, even though it occurred over 10 years ago, and I still warn candidates to this day to watch this particular firm, who are a large London practice with Legal 500 status, because the same thing could happen again and again. I just hope other agents have been stronger than us in this scenario and refused to do a deal.

So in this case it was definitely not a good idea to do a deal, and no money was much better for us than some money, because we would have walked away with our principles and pride intact, and whilst we may well have lost between £5-9000 this would have been a price worth paying just to avoid dealing with this bunch of thoroughly unpleasant individuals.

The second example relates to a case we were involved in with a law firm acquisition. This case finished up at mediation, partly because it was a huge sum of money owed potentially and liable to end up in the county court going through the multi-track, which is a place where small businesses do not under any circumstances want to be due to the cost implications. It is particularly so in our line of business because we are regularly suing solicitors firms, who, if we lose, can claim they have incurred huge amounts of imaginary costs.

As this finished up in mediation, it is not a case I can disclose details of, but suffice to say we went into the mediation with the principle that we would accept any sum of money at all above a certain level just to conclude the case without us needing to progress further. Whilst this potentially involved us losing a significant sum of money that we would possibly have won if the case had gone to a full hearing (we had been advised by at least two separate sources that there was at least a 75% chance of winning), we settled for considerably less.

Were we happy? Yes. This could have gone seriously wrong if it had ended up in court, with substantial sums changing hands.

The key is knowing or having a feel for when you should negotiate or settle a case, and when you should carry on. Was Example 2 a case of some money better than no money and any deal was better than no deal? Absolutely yes. We were involved in a case some years ago involving a crooked solicitor who attempted to rip off a candidate, and legal costs in that case, for a claim of c.£20,000, finished up at just short of £250k. We have no wish to end up in a protracted legal battle with a solicitors firm who should have known better probably, but also had a rather large bank account full of cash that may well have kept them going through a protracted court case and may have finished up wiping out our company’s savings.

It is important to always, when negotiating, think about the end game. If you do not secure a deal what is going to happen? Is everything going to end in tears potentially, what is the risk of you achieving a deal at a later stage, and what is the potential cost in time and effort in doing this?

Perhaps the Brexiteers in the Conservative Party will have thought about this principle when trying to force parliament to reject any deal and finish up with no deal with the EU. What could possibly be the purpose of this? When negotiating deals there always has to be compromise on both sides, and no-one ever gets what they want because no-one is never negotiating from a pure position of total power over the other party.

This is especially the case in business where there’s always a case for both sides, regardless of how small, and it is perfectly possible that if a case ended up in arbitration or court then even though your case may be watertight, solid and cannot possibly lose, you come up against a Judge who doesn’t like you, your case or your company and rules against you, costing you thousands of pounds and hours of effort.

Similarly, there can be times when a stand has to be taken and principles have to be put into place.

One of the key arts of business is knowing when to be principled to that degree and when to accept what is offered on the table and walk away.