How to survive a recession as a small business (SME) 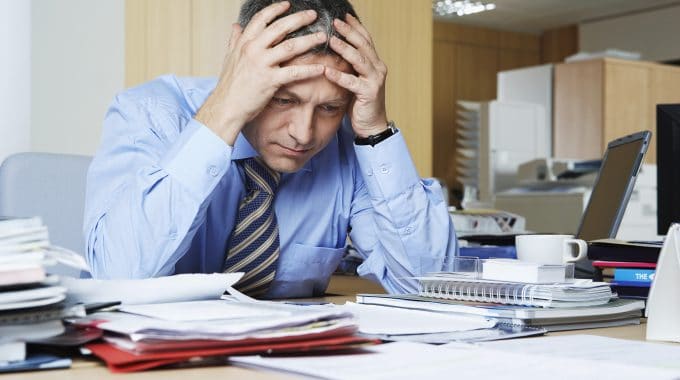 As part of a group of companies who not only survived the great recession from 2008 to 2010 by the skin of our teeth, but have thrived ever since and built further successful companies on the back of the ones we kept going, here are our top tips for surviving a recession or dip in the market. When we wrote this article a few months ago we did so in the hope that the tips never have to be used by anybody and that markets don’t go through the same sort of turmoil as they did last time, but in March 2020 the next 6 months are looking terrifying. We should also add that the advice applies to normal situations of non-payment – bit difficult going after bad debt if everyone in the same position!

This is the first of a series of articles on how to survive.

As soon as you detect a drop in sales, cut back on absolutely everything.

The old adage that you speculate to accumulate, and the more money you spend the more money you’re going to make in sales just does not work if the will to purchase or to be sold to is no longer there. One of the first things that happens when the markets drop is that people simply do not want to buy anything, whether it be products or services, and companies can find themselves throwing increasing amounts of money at chasing sales that simply don’t exist, and are never going to exist.  Go through all your expenditure and identify anything that you no longer need. I bet if you look at your bank statements and peruse all your suppliers you will soon work out that there are a number of things you can do to cut back.

Chase up all bad debt immediately.

As soon as you detect the markets are dropping, go and get your bad debt sorted out. Chase everything, go for the fastest resolution and take cash as quickly as possible. If a debtor owes you £5000 and you can negotiate £2500 paid within 24 hours, take it. Chances are that debtor will not only owe you lots of money but also lots of other creditors and if they see the opportunity to get a bargain they are likely to be keen to take it. Similarly if you hold out they may well fold before you get near any money.

If you come across debts that are no longer viable, write them off and do not include them in your accounts so that you get an accurate perception of exactly what money is owed to you and how long it’s likely to be before you get paid. Consider going straight to the jugular on any outstanding debts that you can see are easily recoverable.

Sales will go off a Cliff – don’t be shocked

During the last recession when we were hit extremely hard and very early by a virtual cliff edge in terms of the sales we were making, we were highly conscious that we had a number of consultants due salary and commission, ongoing advertising commitments, overheads such as software and maintenance services, and a whole raft of other payments disappearing from our bank account. These nearly sunk us within the first three to six months of the recession hitting the UK back in 2007-2008. Our finance director at the time decided whilst the other directors were on holiday to pay off a rather large VAT bill that we owed, without actually notifying anyone else in the business. The other directors returned from annual leave to discover a bank account with less than £2,000 in it, and ongoing commitments just short of £10,000. Our company had been on an upwards curve since it started in 2000, and the cliff edge of the recession was a total shock. Even more so we were hit by this complete lack of cash flow caused by a payment of VAT that looking back we probably should not have paid, and instead spoken to Inland Revenue to ask for a bit of leeway.

However there is nothing like the reality of having absolutely no cash flow to sort out all the ongoing commitments a company has, and this is in fact what we did. We cut all our advertising costs, laid off our consultants, cancelled any contracts we had ongoing in relation to software and maintenance, and looked very closely at every other aspect of the business to see where we could save money. This was a real eye opener because we were able to identify ongoing costs that we had not actually realised we were paying, and no doubt going forward 10 years we are probably paying them again now without realising it!

We survived over the next few months after our huge VAT bill courtesy of a client paying a large £15,000 bill after we had sent in a bailiff clutching a statutory demand. That client closed down within a month of us being paid, and looking back I think the same would have happened to us if we had not been proactive on the debt.

This leads me nicely on to my next point in relation to surviving a recession, which is to go through your debts and hit every single one of them as hard as you possibly can with every single enforcement procedure and recovery procedure you can think of. Why should your business suffer because someone else has decided they are not going to pay you on time? We have been known to issue proceedings against multi-national blue chip companies in order to get paid.

I know this is easier said than done in most cases, but we have clients we know that time and time again they are not going to pay us, and instead are going to try every trick in the book to avoid payment for as long as possible, before having made us jump through lots of hoops, suddenly decided to pay months later. We know that pushing them may affect future business, and so sometimes in times of plenty we will leave a debt for as long as possible because we know that we are going to get paid at some point, and we simply need to just keep gently chipping away.

However, the whole dynamic changes when it comes to surviving a recession, because your survival depends totally on your cash flow and not on future business. The only way to guarantee your cash flow is to collect money owed to you, and the only way to collect money owed to you is to go through recovery and enforcement rather than sitting back and waiting for clients to pay. Therefore you need to review your debts as follows.

The clients you think may need a gentle nudge into payment can be contacted a few times, and the money requested. A few telephone calls here and there together with a few polite letters may well do the trick with these types of clients, who may have simply forgotten to pay you and also may have further business to send your way if you make contact with them.

The clients who you know for a fact are quite literally just not paying because they’ve decided not to need a good kick up the backside, and so our next suggestion is to start action against clients who have decided deliberately not to pay you.

Hit them hard and hit them where it hurts, which is usually to issue a letter before action (following the new CPR protocol for letters before action which make a mockery of small claims procedures being informal, but that’s another story), include all the facts and go after them as quickly as possible, before they decide to fold themselves. In about 30% of cases a good letter before action will result in payment of your outstanding bills, and usually an apology from those clients who are decent enough to recognise that they owe you money and the lack of payment could be impacting your own cash flow.

There is absolutely no point in threatening to issue proceedings against a client and then not bothering to issue them. You have to go through with it if you go down the route of a letter before action, or as an alternative the statutory demand.

You can of course go down this route and then jump ship and go straight into the small claims track in order to have the best of both worlds, but this is hard to do and so we often ourselves go down the small claims route. I guess the only time we would use the statutory demand would be if the claim was more than £10,000 and we didn’t want to have to go down the fast track route in county court and run the risk of being liable for the other side’s costs, when we can simply pay a few hundred pounds, prepare a statutory demand and hope the client coughs up before we have to issue any court proceedings.

Once you have issued proceedings or made threats, wait for the money to come in, as it will have to at some point. It may be that pursuing your outstanding debt solves your immediate cash flow issues, but you are almost certainly going to need to start to generate some income fast in order to continue with your survival going forward.

The Case of the Dodgy Law Firm and the Complicit Solicitor

How to be Happy – Meditation