The recent BBC TV series of Line of Duty seems to portray just about every police officer and lawyer in the show as being bent, which is a considerable way from the truth! There are plenty of rather dodgy solicitors out there who will ramp up their fees, rip off their clients and attempt basically to steal money without anyone noticing wherever possible.

This is probably the case in just about every profession in the country – there will always be a certain percentage who are there to maximise their profits at the expense of their clients.

However, most solicitors and lawyers we deal with are straight down the line and almost go to an extreme not to be doing anything that could be construed as dodgy. But sometimes things happen that stand out so far it almost compels a blog article about them.

Take a recent law firm sale we were involved in (we are Jonathan Fagan Business Brokers). About two years ago we advertised a London law firm for sale and received a request for details from a partner of a practice located quite close to the firm for sale. We went through the usual process with the partner of the firm signing our NDA and agreeing our terms. He signed both of these in his name and put the firm’s name on the paperwork.

This last bit is important…

We contacted the buyer to wish them all the best and send over our invoice, but unfortunately they chose to deny that they had in fact concluded a deal, the partner who had joined them had done so off her own back and therefore a fee was not due.

No problem we thought, we would simply issue proceedings against the firm and see what defence they came up with.

The defence was fascinating and I have to say that in 20 years of being involved in litigation against solicitors’ firms from time to time who have chosen not to pay us our recruitment fees or introduction fees for law firm sales, I have never come across a defence quite so outlandish as this one. The defence of the firm was hinged around the fact that although they accepted the contract had been signed, the partner who had signed it had done so on a personal basis and not as the firm.

There were other elements to the defence, such as technical issues around our contract, the fact the partner who had joined them had done so off her own volition and was nothing to do with the introduction we had made, but have a think about this again – the partner, who had signed our NDA and contract with his name and the name of his firm where he was partner/director, had signed a witness statement accord saying that he had not signed it on behalf of his firm.

We prepared our bundle with a witness statement pointing out that the partner in question had clearly made a false statement because the evidence showed the statement was false. He had signed the contract and the NDA in his own name and exerted (himself) the name of his law firm. He had then signed a witness statement saying that he had been acting on a personal basis and not on behalf of the firm. We also indicated that we would be forwarding our case over to the SRA (the regulatory body for most solicitors) so they could investigate.

When we submitted our bundle and witness statement to the defendant, they immediately contacted us to settle the case.

This whole episode has puzzled me a little bit because if the solicitor knew that he was making a statement that was false, it would mean that he would be in contempt of court or that he accepted he would be in contempt of court, then why would he risk his career, his practising certificate and his reputation by writing this? He knew that he had signed the contract because I had already sent him a copy of it when submitting our court papers, and I still have been thinking about this since, to think whether or not a) he was just incredibly stupid, b) someone else had written the witness statement for him and he had simply signed it without looking, or c) he was as corrupt and bent as most of the police officers in Line of Duty. 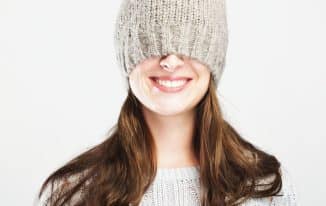